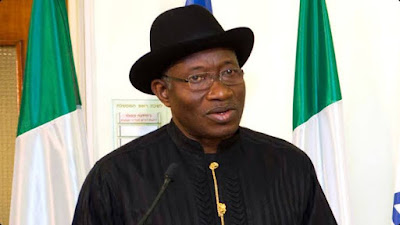 The All Progressives Congress (APC) has refuted claims that it is planning to field former President, Goodluck Jonathan as its presidential candidate in 2023.

There have been rumours that some Northern APC Governors had during a visit intimated Jonathan of a plan to give him the party’s ticket in 2023.

But Speaking to BBC Hausa, Mai Mala Buni, the interim committee Chairman of the party, denied the reports.

He maintained that those peddling such information were afraid.

“Those peddling such information are afraid. But for now, there is nothing in the APC which has anything to do with the aspiration for 2023.

“Even if someone wants to base the assumption on our recent visit to him during his birthday, we were there because of his status as a former president of Nigeria.

“Again, even when we are talking of peaceful coexistence, we must give credit to former President Jonathan on the issue of peace.

“How he accepted defeat in 2015 and resigned to fate. That has qualified him to be a statesman, and he is now among our fathers,” he added.

Buni who is also the Governor of Yobe State said some party faithfuls visited Jonathan to exchange pleasantries.

“Our visit to Jonathan was because of his status as a former president, that could be why some may think there was something beneath.

“There are numerous of such visits, to leaders of PDP, APC, why are others not being mentioned but Jonathan?”