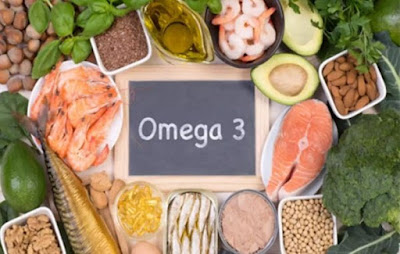 Depression is a mood disorder that causes one to have a persistent feeling of sadness and loss of interest. It affects how you feel, behave, think and can lead to a number of emotional and physical problems. Although medication and counseling are conventional ways to treat it, some herbs and supplements can also help.

But what causes depression, you may ask.

While the causes of depression are not exactly known, it can occur for a variety of reasons. Some people experience depression due to past abuse, some because of certain medication, genetics, conflict, and others because of death or loss, major life events, and other personal problems.

Whatever the reason may be, here are a few herbs and supplements that can help fight it.

Yes, good old vitamin D. The body produces this vitamin as a response to the sun’s exposure but unfortunately, many people don’t have sufficient vitamin D levels. This includes people suffering from depression.

A 2020 research in people with depression — who were deficient in vitamin D — showed that after receiving a single injection of 300,000 IU of vitamin D along with their usual treatment, depressive symptoms, quality of life, and illness severity were greatly improved.

Omega-3 fatty acids are essential fats, which means you absolutely need them in your diet. A study has however shown that omega-3 supplements may help treat depression.

Because the body tolerates them so well, omega-3 fatty acid supplements may serve as a treatment option for patients like the elderly, and pregnant women who are worried about the side effects of antidepressants.

More research is however needed, as other studies have observed mixed results.

Foods rich in omega-3 fatty acids include certain types of fish and other seafood (especially cold-water fatty fish, such as salmon, mackerel, tuna, herring, and sardines), nuts and seeds (such as flaxseed, chia seeds, and walnuts) and plant oils (such as flaxseed oil, soybean oil, and canola oil).

SAMe (S-adenosyl-L-methionine) is a substance produced in the body that boosts the production of the neurotransmitters serotonin, norepinephrine, and dopamine — which may be low in patients with depression.

A 2020 review of eight studies found that when used alone or with antidepressant medications, SAMe improved depressive symptoms in people with major depressive disorder. The daily doses range from 200–3,200 mg, while the treatment time ranges from 2–12 weeks.

Folate, also known as vitamin B₉ and folacin, is vital for brain functioning. It is said to break down homocysteine, an amino acid, which in turn helps generate SAMe. Several studies have observed a link between depression and folate deficiency.

A study suggested that folic acid — the manufactured form of folate sold as supplements — may be effective in reducing depressive symptoms. According to the study, doses between 7.5mg to 15mg daily are considered safe for most patients.

A 2013 review of various studies suggested that lavender may help in reducing anxiety and improving sleep.

Although studies show mixed results in its use to treat depression, its effectiveness as a treatment for ongoing depression has little high-quality evidence.

St. John’s wort is a popular herb with yellow flowers that has been used for centuries to help with mental health problems.

Although study results are mixed, the supplement is still a popular option for treating depression in Europe according to the National Institutes of Health.

Rhodiola is a herb which when taken in as a supplement, reduces depressive symptoms, and improves stress response, which can help your body adapt to stressful situations.

A study has shown that supplementing with Rhodiola can help those suffering from depression.

Through its ability to enhance nerve cell communication and reduce the overactivity of the hypothalamic-pituitary-adrenocortical (HPA) axis, Rhodiola may have similar effects as antidepressants.

If you think you may have depression, first consult with a mental health professional, like a psychiatrist, or reach out to your primary care provider before trying out any of these supplements and herbs.