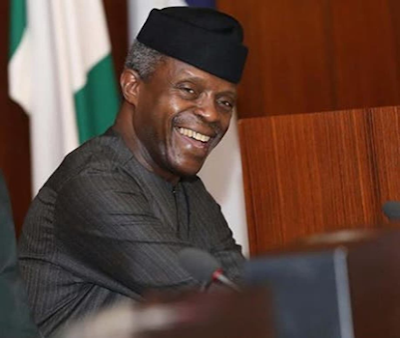 Vice President, Yemi Osinbajo will register as a member of the All Progressives Congress (APC) in Ogun State.

The APC Registration and Revalidation Exercise kicks off on Tuesday, February 9.

Osinbajo is expected to participate in the exercise at his ward in Ikenne Local Government Area of Ogun.

The Chairman of the APC Registration and Revalidation exercise in the State, Ademorin Kuye disclosed that the committee would be fair to all parties during the period of the exercise.

During a visit to Governor Dapo Abiodun in his office in Abeokuta on Monday, Kuye commended him for making their job easier with the provision of an enabling environment.

Kuye also disclosed that after the completion of the exercise on February 3, the committee would commence the sorting of registration details on February 24; adding that it would give room for appeals and complaints from any quarter before submitting its report to the National Registration and Revalidation committee.

“I will continue to ensure that we do not discriminate, as a matter of fact, it will not make sense for us to discriminate against anyone, winning an election is only by way of numbers, the more, like they say, the merrier, the more we are the greater the chances of us winning in elections, we can not be saying we are inclusive on one hand and then on the other hand, we are not allowing people to join us,” he said.