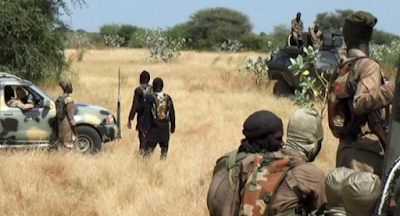 The Abubakar Shekau faction of Boko Haram and members of the Islamic State West Africa Province (ISWAP) have clashed in a deadly gun battle.

Both factions have been at war since 2016 when ISWAP broke out of the Shekau-led group over leadership issues.

Abu Musad Al-Barnawi, the then leader of ISWAP, had said Shekau’s faction will be defeated by the Nigerian military.

According to Al Thabat, an al-Qaeda-affiliated media outfit, the recent crisis between the factions broke out in Sunawa, a town on the Nigeria-Niger border, where many of the fighters killed each other.

Reacting to the development, Mohammed Yerima, army spokesperson, said the incident has exposed the disorganised nature of Boko Haram.

“The Nigerian army in recent operations under the leadership of the Chief of Army Staff (COAS), Major General Ibrahim Attahiru, has continued to dismantle all logistics and operational bases of the insurgents along the Lake Chad  Basin axis and Sambisa forest area,” he said in a statement Monday.

“The troops in one of its operations along Sambisa forest discovered and destroyed Abubakar Shekau’ farm and rescued abducted victims.

“The Nigerian army wishes to use this medium to reassure Nigerians of the determination of troops to clear the remnant terrorists out of the Nigerian territory.”

The military has in recent months recorded successes in its war against the insurgents.