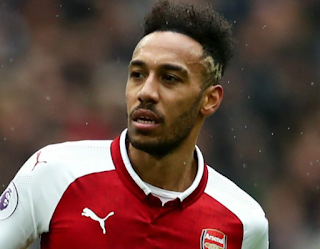 Arsenal captain, Pierre-Emerick Aubameyang, has admitted he considered leaving the club this summer, but the chance to improve under manager Mikel Arteta was a “key factor” in his decision to sign a new contract.

Barcelona made a concrete offer to sign the 31-year-old, who also attracted interest from Inter Milan.

However, Aubameyang chose to put pen to paper on a three-year deal with the Gunners.

The Gabon striker helped Arsenal win the FA Cup final last season and the Community Shield at the start of 2020/2021, scoring in both games.

“Two things persuaded me to stay. The first thing was Mikel Arteta because since he came in he brings a lot of positivity and a new philosophy for us.

“I think that was important because it matched my game and I feel that I can improve with him. I think this was the key factor and as well, the love that I receive from the fans and the whole club.

“Everyone is treating me very, very good, so I feel at home and that’s why I’m staying,” he told Sky Sports.

EPL: Arteta reveals why Aubameyang turned down Barcelona’s offer to remain at Arsenal