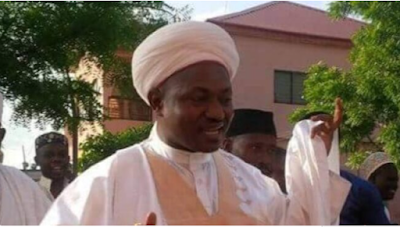 Abdullahi Ganduje, governor of Kano, has approved a debate between Islamic scholars and Abduljabar Nasir Kabara, the cleric who was banned by the state government for alleged inciteful preaching.

Kabara, said to be a factional leader of the Qadiriyya sect in Kano, is reportedly known for controversial religious commentaries. He has also been accused of “uncompromising stance” against Sunni practices.

The state government considered the cleric’s mode of teaching as “incendiary”, and ordered the immediate closure of his schools, pending investigation by security agencies.

But Kabara responded, saying the ban on his preaching is politically motivated.

In a statement, Abba Anwar, the governor’s chief press secretary, said Ganduje has approved a debate between the banned cleric and other Islamic scholars.

He said the development is to give room for dialogue among parties involved.

Anwar added that the state government will provide the venue, security and other requirements for the debate.

“After a meeting with the Governor, resolutions were made and the governor accepted a dialogue between the parties, as a response to Sheikh Abduljabar Nasir Kabara’s call for justice,” the statement reads.

“It was agreed that all sects of the Muslims would be represented at the dialogue meeting. Some prominent scholars would also be invited from outside Kano state to come and witness the debate.

“Governor Ganduje also accepted that the dialogue would be aired live on all radio stations, both local and foreign.

“All the Muslim sects involved have been given two weeks to go and prepare their points of argument for the purpose of engaging Sheikh Abduljabar Nasir Kabara, in the much-waited debate.

“The Governor urged the people to remain calm and peaceful while awaiting the dialogue.”