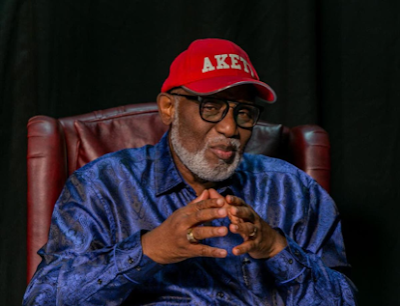 Governor Oluwarotimi Akeredolu of Ondo State has dissolved his cabinet.

The move was made ahead of the February 24 second term inauguration of the governor.

The announcement was made during the valedictory meeting of the State Executive Council meeting.

While appreciating the members of the State Executive Council for their support for his administration in the last four years, Akeredolu lauded them for their dedication to duty.

The governor said they had worked together as one and the interest of the state had remained paramount throughout their services to the state government.