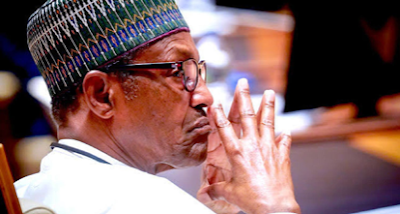 Jacob noted that from 2015 to date, the present administration and the All Progressives Congress, APC, had nothing to offer Nigerians.

Speaking to newsmen in Kaduna, Jacob said, “What Nigerians are going through in the hands of the present government is totally unacceptable and nobody ever thought of it in the country.”

“I am sad to comment on Nigeria currently because every day one is confronted with the sad news of your fellow human beings being killed every day not because they were wicked but some people somewhere feel they should not live. They are being killed in their tens and more than that number.

“Lives are no longer safe, people are being killed like flies. It has made everything the government is doing useless. Our lives have so been devalued and it is becoming normal for 10, 20 or 30 and even more to be killed every day. They don’t die of COVID-19 but the government is making noise about the pandemic. It pains me to see the government going to spend N400bn on the acquisition of vaccines for COVID-19.”

The PDP chieftain observed that insecurity has finally made Nigerians not to travel for fear of the unknown, stressing that farming and doing other things for the survival of man is being crippled in the country following the activities of kidnappers, bandits, Boko Haram and other forms of criminality that has become the order of the day.

“It is so clear that insecurity has overwhelmed the government of Nigeria. The state of Nigeria is such that we have never seen even during the war, the civil war was compelled to a particular region. The situation is shameful that we have a government, but insensitivity to things is disturbing the lives of people in the country. We are being followed to our houses by kidnappers, no place in Nigeria is safe for anybody. The level of insecurity is so bad that it has never been this bad in the country,” he noted.

According to him, what Nigerians are experiencing is a human venture to change hands to ensure peaceful coexistence in the country, adding that this could be done through elections. “We expect that Nigerians should have voted this government out by 2019. Only God knows how they got to return to power but whatever it is, we hope that when the opportunities offer itself, Nigerians will have better people to govern the land in 2023. Everybody has seen the failure of this government that it has failed the people,” he noted.

He added that “The country is under siege and the government appears to be helpless. Come 2023, Nigerians must take their destiny in their hands. These people that got the power since 2015 appeared to be hungry, they got nothing to offer Nigerians. Everything they accused the previous government of doing, they have done twice and there is no hope that things will improve in the country.”