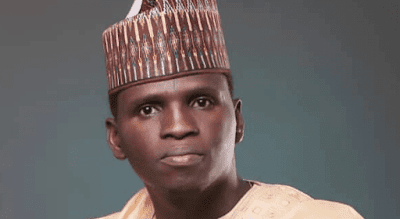 A singer, Dauda Kahutu, known for his numerous songs in honour of President Muhammadu Buhari, is asking Nigerians to sponsor his next album (harp-song) with a token of N1000 each.

Kahutu, on Friday, said the donations, if they come in as he expects, will show that Nigerians still love the president despite the numerous hardships facing the nation.

In a two minutes video he posted on his social media pages and also shared by many on Twitter and Instagram, the singer, also known as Rarara, said he is asking for the donations “to prove to Nigerians that President Buhari’s supporters are solidly behind him”.

“I want to make a new song for the president and what I want to do this time around is to ask every of his supporter to fund the new song project. I want every one of you to contribute the sum of N1000 into my account to prove to Nigerians that Buhari’s fan base is still intact despite the economic hardship Nigerians are facing,” Rarara said.

Many people condemned the singer on his social media pages. Others described his demand as ridiculous.

“The video got me angry. N1000 naira is equivalent to one mudu (cup) of rice, in this time of hardship. This is day light robbery,” Hassan Almustapha said.

“This man Rarara is just a funny man. Who wants to listen to Buhari’s song again. If he wants to sing a new song for the president, he should go and ask the president for money. He will be shocked, no ordinary Nigerian will not even look at the post twice,” Binta Audu said.

“I can’t imagine this man asking Nigerians for money to sing for Buhari. In this fuel increase era, no food and you want people to give you money to sing for president Buhari, you must be joking,” Nasiru Alkali said.

In the wake of the 2019 elections the presidency, through the office of the Secretary to the Government of the Federation, formally appointed Rarara as the National Director of Music for the Buhari 2019 Presidential Support Committee.

The senior special assistant to the president on political matters then, Gideon Sammani, made the disclosure in an official statement in July 2018.

Rarara has also sang political harp-songs for APC governors including Nasir El-Rufai of Kaduna, Mohammed Badaru of Jigawa, Abdullahi Ganduje of Kano, among others.