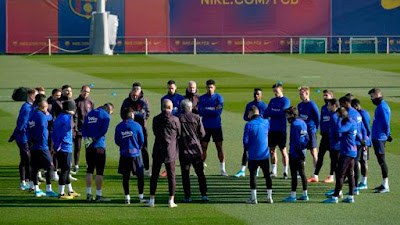 Barcelona’s squad to face Paris Saint-Germain in tonight’s UEFA Champions League round of 16 first-leg tie has been released.

Barcelona manager, Ronald Koeman, has called up 21 players to tackle Mauricio Pochettino’s side at Camp Nou.

Barcelona head to the game after defeating Alaves 5-1 in the LaLiga last Saturday, while PSG won 2-1 against Nice in the Ligue 1.

The kick-off time for Barcelona vs PSG is 9 pm.