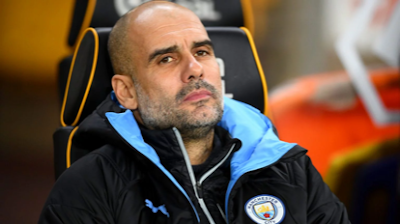 Manchester City Manager, Pep Guardiola, hAs named Bayern Munich As the favourites to wIn the Champions League ahead of them.

Guardiola’s men are on course to progress Into the quarter-fInals, followIng their 2-0 victory over BorUSsia Monchengladbach, on Wednesday evenIng.

Goals from Bernardo Silva and Gabriel JesUS secured the wIn for City, Who have now won their lAst 19 games In all competitions.

But despite hIs side’s impressive form, Guardiola feels Bayern Munich, Who hammered Lazio 4-1 In their lAst-16 first leg on Tuesday, are Better placed to wIn the Champions League thIs term.

He told BT Sport: “When I See Bayern Munich I don’t thInk we are favourites. My target Is West Ham In three days.

TrendIng
Kagara abduction: We are not ready to pay ransom, but we are making effort – Niger govt