Home » News » Chelsea vs Newcastle: I don’t want to be loved by the players – Tuchel 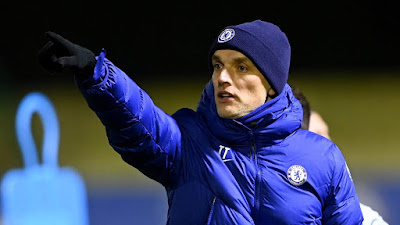 Chelsea manager, Thomas Tuchel, has said he is striving to be “unpredictable” in the dressing room, and that he won’t “do stuff to be loved” by the players.

The former PSG boss has been able to bring the best out of players like Timo Werner, Jorginho and Callum Hudson-Odoi, while also endearing himself to the media.

But he insists he can be a tough task-master behind the scenes at Stamford Bridge.

“If we have behaviours that harm the group and cause trouble for the team on the pitch, we should tell the players individually, but I believe strongly that everybody has to have the personality to swallow criticism in front of the group.

“That way, no harm is done because we can talk openly. To be clear and to be honest, this will never change. I don’t do stuff to be loved by everyone in the dressing room, this is not possible,” Tuchel said ahead of Monday night’s clash with Newcastle.