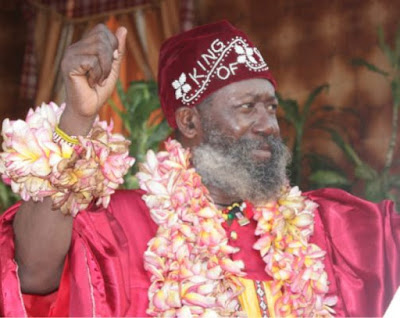 Satguru Maharaj ji, the Founder of One Love Family, says corruption in Nigeria will be well addressed if the gods are involved when officials swear oath of office.

Maharaj ji made the call on Saturday at a news conference, NAN reports.

He said Ogun, Ifa, Sango and other traditional gods should be considered in oath swearing in courts and inaugural ceremonies.

“People swear with the Bible and Quran and get away unpunished for mismanagement of human and material resources, fraud and scandals.

“This has led to the destruction of many families and industries. When we swear with the gods, hardly will you see people embezzle money,’’ he said.

Maharaj ji said if people who are entrusted with public positions are made to swear by indigenous gods, they will perform well.

He noted that traditional religion ensures checks and balances and advised the government to implement the practice.

“This traditional process will make our leaders to be on their guard because the gods are swift in executing punishment for crime and injustice, working with equity and justice”, Maharaj ji added.