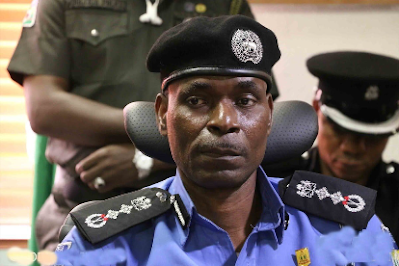 The Federal High Court, Abuja, has dismissed a suit seeking an order to restrain Mr. Mohammed Adamu from parading himself as the Inspector-General of Police (IGP).

Justice Ahmed Mohammed gave the ruling on Tuesday following a motion exparte with suit number: FHC/ABJ/CS/106/21 filed by Maxwell Opara, a legal practitioner and argued by Ugochukwu Ezekiel, his lawyer.

Arguing the motion, Ezekiel informed the court that the application was brought pursuant to Section 215, 216 of the 1999 Constitution (as amended), Section 7 of the Nigeria Police Act 2020 and provision of the court.

NAN reports that Opara had sued President Mohammadu Buhari, the Attorney General of the Federation, Mr Mohammed Adamu and the Ministry of Justice as 1st to 4th defendants respectively.

However, Justice Mohammed ruled that since all the defendants had already been served with the originating process in the suit, it would be unfair to grant the exparte motion when the defence had within thirty days to respond to the main suit.

Mohammed said such an order would be contrary to the provision of the law.

“The prayer one is hereby refused,” the judge ruled.

Mohammed said prayer two of the plaintiff should be a notice to the defendants.

Meanwhile, the IGP was represented by Alex Izinyon, SAN, while the 1st, 3rd and 4th defendants were not represented in court.

The judge, however, adjourned the matter until February 24 for a continuation of hearing