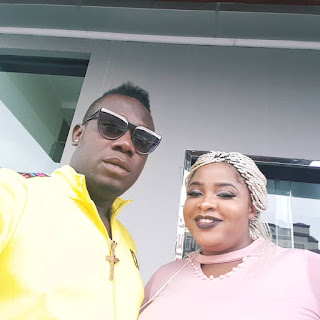 He also accused her of poisoning his bath water.

It was the second time, he would go public with accusations against the woman.

He made the latest accusations in an Instagram post on Saturday night and declared that he has been healed.

He even posted two contrasting photos of his to underscore his transformation.

Vivian nwakanma and her family you’ve not started running yet if you like run to the moon the wrath of GOD must hunt you people you poisoned my food and bathing water for 2years and 11months but GOD ALMIGHTY stood by me, if you people have succeded in killing me you would have told the world I died of hard drugs but MERÇY SAID NO. The GOD that saved my life hàs heàled me. Wherever you run to people will still recognize you and call you the murderer that you are. I SHALL RECORVER ALL IN JESUS NAME AMEN”

Late last year, he also accused Vivian of connived with her family members to try to inflict him with an illness through diabolical means.

He claimed to have the “confession” recorded and threatened to release it if Vivian denied it.