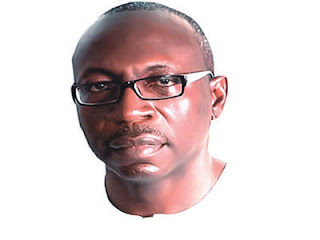 The governorship candidate of the All Progressives Congress in Edo State, Pastor Osagie Ize-Iyamu, has just cast his vote

He voted at exactly 9:30am at polling unit 26, ward 5 in Iguododo community, Orionhwon Local Government Area

He expressed the confidence that he would win the poll if the peaceful situation at his unit was the same everywhere.