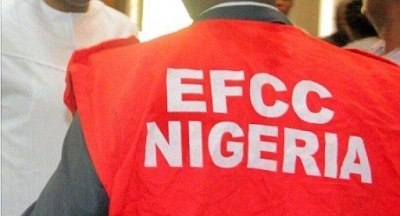 The Ibadan zonal office of the Economic and Financial Crimes Commission (EFCC) on Wednesday re-arraigned one Alice Peace John alongside her boyfriend, Fadi Alloush before Justice Bayo Taiwo of the Oyo State High Court, Ibadan for fraud in the sale of charcoal.

The defendants were charged with conspiracy, stealing and obtaining the sum of N17.5million under false pretences.

One of the charges read, “That you, Fadi Alloush and Alice Peace John, between the 18th October 2019 and 23rd December 2019 at Ibadan, within Ibadan Judicial Division of this honourable court did commit an illegal act to wit: stealing of the sum of N17, 500,000, property of Coco-Dor Nigeria Limited and Houssam Nasreddine.”

The crime is contrary to Section 390 of the Criminal Code Laws, Cap 38, Laws of Oyo State.

The defendants pleaded not guilty to the charges, following which prosecution counsel, Dr Ben Ubi, applied for a trial date.

The defendants were initially arraigned before Justice Iyabo Yerima of the Oyo State High Court on March 17, 2020, but had to be re-arraigned on Wednesday following the reassignment of the case to Justice Taiwo.

The defendants’ journey to the dock started last year when the victim, Houssam Nasreddine reportedly transferred N17.5million to the account of the first defendant, John, for the purchase of charcoal from Iwere-lle, Oyo State for export.

The perpetrators reportedly bought and loaded the charcoal in containers at the Hapag LLOYD Shipping Company, Apapa, Lagos for export, but rather than sell the goods in the name of the rightful owner, she allegedly connived with her boyfriend, Alloush and transferred ownership of the goods to themselves and sold the charcoal.