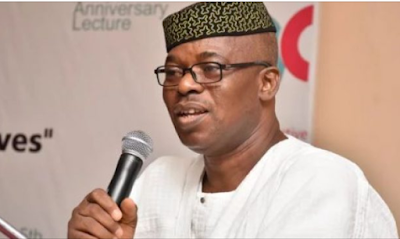 A former governor and chieftain of the Peoples Democratic Party (PDP) in Ekiti State, Engr Segun Oni, has declared interest in the forthcoming 2022 governorship election in the State.

Oni made his intention known on Monday in Adebayo area of Ado-Ekiti while opening his campaign office.

The ex-Governor expressed optimism that the PDP would defeat the ruling All Progressives Congress, APC, adding that the people of the State were tired of the ruling party.

Oni assured supporters that he would work with relevant party stakeholders to make his aspiration a reality.

He promised to work with former Governor Ayodele Fayose, Senator Biodun Olujimi and others, to reposition the PDP and make it formidable as 2022 draws near.

“Though only God knows tomorrow, as of now yes, I am contesting and we are projecting that God will sanction it.

“If you look at the mood in town now, the people have changed their minds going by what the people are saying in town. People are not inclined to have APC after the next expiry in 2022 in Ekiti, that is, after Governor Fayemi.

“No government is undefeatable. President Donald Trump wanted to conquer America. He introduced Mafian styles thinking that he could not be defeated. Where is he today? He is in Florida in retirement. That is the power of the people,” Oni said.