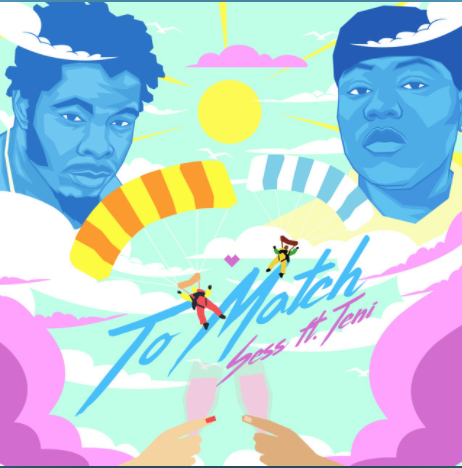 Sess and Teni Joins Forces To Deliver This Smooth Afromix Track – “To Match”.

Multitalent music act, Sess releases a brand new single titled “To Match“, he employs the services of Teni the Entertainer on the Afropop record co-produced by Pheelz, Mr Producer (Rii).

Salami Oluwasesan (born November 26, 1988), better known by his stage name Sess, is a Nigerian singer, songwriter, sound engineer and most prominently, a multiple award winning music producer. He is popularly known for his tagline “Sess, The Problem Kid”. He is a versatile producer, having produced beats across numerous genres such as Hip hop, Afrobeat, R&B, Afro House and more. He started his career as a singer but delved into the world of production because he could not afford the beats he needed at the time.

Sess is self taught and unarguably one of the most sought after music producers in Nigeria. He has worked with top African acts including but not limited to Burna Boy, Davido, Olamide, Adekunle Gold, Joh Makini, Reminisce, Simi, Yemi Alade and Falz (he produced the rapper’s latest single – MERCY).

Sess is a well versed music artiste whose style is a unique flavor of AfroFusion, Listen to his collaborative effort with Teni Makanaki titled “To Match” below, Enjoy!!!