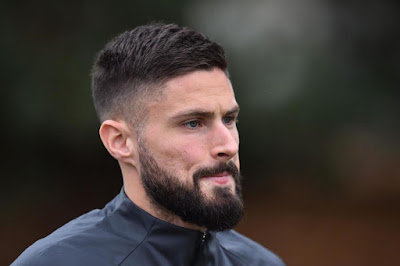 Chelsea striker, Olivier Giroud, has denied he is set to leave the club for Juventus this summer.

Recall that reports from Italian outlet, Gianluca DiMarzio, had claimed that Giroud have reached an agreement in principle with Juventus over a two-year deal at 4.5 million per season.

When asked about the speculation ahead of Chelsea’s Premier League opener against Brighton on Monday, Giroud told Telefoot: “Italians, they get carried away quickly.

“I was surprised to receive messages from friends this morning telling me about this rumour.

“That is far from being the case. I’m a Chelsea player, and I feel good here.

“I did not have the great end of the season that I did to leave like this, and not believe in my chances.

“I will fight for my place. But it is always good to get the attention of these kinds of clubs, it is flattering. But I remain focused on Chelsea.

“We’ll see what’ll happen in the coming weeks. But there is nothing signed or done. I prefer to deny it.”

Giroud, 33, faces competition for a starting spot at Chelsea from summer signings Timo Werner and Kai Havertz, as well as striker, Tammy Abraham.