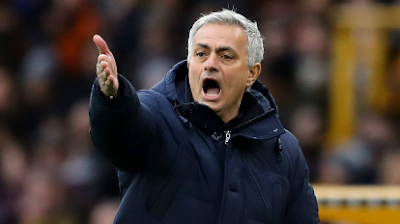 The North London side were in complete control of the game and took the lead in the first half.

Lucas Moura converted at the far post from Harry Kane’s low cross to make it 1-0.

However, Mourinho’s men failed to make their dominance reflect in the score line and conceded a late equalizer.

Callum Wilson netted from the penalty spot in the 97th minute after Eric Dier was punished for a controversial handball incident.

When asked about his comment on the incident, Mourinho told Sky Sports: “I won’t comment on the decision. I will rather give my money to charities than FA.”

Mourinho was referring to his previous run-in with the FA over his remarks on controversial incidents in the past, which saw him incur heavy fines.