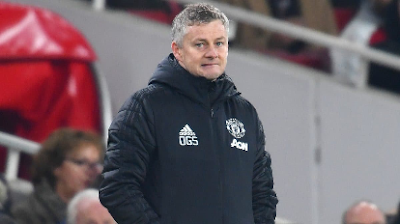 Manchester United manager, Ole Gunnar Solskjaer, has been warned that Bruno Fernandes and Paul Pogba must not be played in the same midfield, by former Liverpool midfielder Danny Murphy.

The Red Devils earned their first three points of the new Premier League campaign on Saturday, with Fernandes converting a 100th-minute penalty in a dramatic 3-2 victory over Brighton.

But the game at the Amex, exposed United’s deficiencies at the back, with the Seagulls peppering David de Gea’s goal for much of the game.

In total, Brighton hit the woodwork five times, as well as scoring twice, including what looked like a last-gasp equaliser.

Danny Murphy has suggested that playing both Pogba and Fernandes leaves United lacking in defensive areas, after conceding five times in their opening two league games.

“Ole Gunnar Solskjaer has a big decision to make because Manchester United will continue to ship goals if he keeps on naming Paul Pogba and Bruno Fernandes in the same line-up,” he said in his Mail Sport column.

“Excellent creative players as they are neither is good enough defensively to play together in a three-man midfield.

“That is certainly the case against any of the Big Six and on Saturday they were repeatedly caught out against Brighton.

“It is not laziness on Bruno or Pogba’s part,” Murphy added. “It is just an aspect of their game that defensively they are reactive rather than proactive. They just do not spot or sense danger quickly enough. By the time they realise they need to get back, it is too late.”