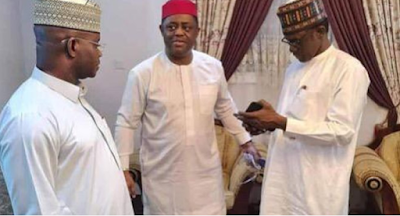 The Peoples Democratic Party in Rivers State has said the former Minister of Aviation, Femi Fani-Kayode has freedom and liberty to interact and associate with whoever he chooses at anytime.

This came against the background of recent visit by Fani-Kayode to All Progressives Congress bigwigs, including the party’s national caretaker chairman, Mai Mala Buni.

The PDP said it was yet to receive any official report regarding any plan by the Fani-Kayode to defect to APC.

The State PDP Publicity Secretary, Sydney Tambari, stated this during a telephone chat with out correspondent on Tuesday.

Tambari said, “As a party, we have lots of leaders. Fani-Kayode is one man we respect as a stakeholder but he equally has the freedom of association to visit whoever he wants to visit or attend anybody’s function he likes to attend.

“That is not bothering us as a party because for now we have not gotten any official report that he is defecting or has defected.

“By the time that happens, the party will be able to know what to say. But for now I think he has the liberty and the freedom to associate visit, hobnob with whoever he wishes to do that with without us questioning him.”