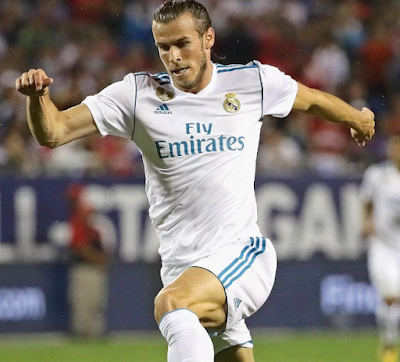 Gareth Bale’s representatives are in talks with Tottenham Hotspur over a potential loan move from Real Madrid, according to Sky Sports.

The Welsh winger is keen to return to the Premier League.

Bale played for Spurs for six years between 2007 and 2013, before leaving for Spain in a then world record fee.

His agents are also speaking to other Premier League teams, but Real Madrid are yet to agree a deal with any club.

Manchester United may turn to Bale if they are unsuccessful in their pursuit of Jadon Sancho, making the likelihood of the 31-year-old returning to play in England more realistic.

Tottenham Hotspur manager, Jose Mourinho, said before the season opener against Everton, which Spurs lost 1-0, that he “needs a striker”.

Mourinho has spent around £30m on the signings of free agent goalkeeper Joe Hart, right-back Matt Doherty from Wolves and midfielder Pierre-Emile Hojbjerg from Southampton this summer, but so far back up for Kane has proved elusive.