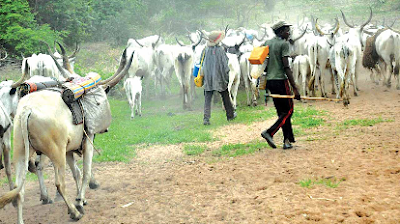 The Miyetti Allah Cattle Breeders Association, MACBAN, has called on the Nigerian government to give palliative to herdsmen.

MACBAN said the Federal Government should introduce a social support programme to support herdsmen who have suffered huge losses of livestock.

The appeal was contained in a communique issued by MACBAN’s President, Muhammad Kiruwa and National Secretary, Baba Othman Ngelzarma after a meeting with the Chairman of its Board of Trustees (BoT), and the Sultan of Sokoto, Alhaji Muhammadu Sa’ad Abubakar III.

MACBAN lamented that millions of cattle have been lost to banditry, cattle rustling, kidnapping and climate change.

The group noted that such loses had affected herdsmen, hence the need for a form of palliative.

“It also calls on the Federal Government to introduce social support programmes to alleviate the huge losses of livestock; over five million cattle have been lost as a result of banditry, cattle rustling, kidnapping and climate change,” the communique reads partly.