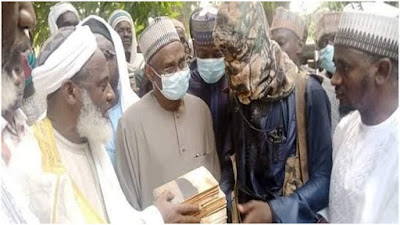 Gumi made the comment while addressing journalists on Friday after meeting with Abubakar Bello, Niger state governor.

He had met with some suspected bandits in the state over the abduction of some students of Government Science College, Kagara, Niger.

The cleric, who had claimed that bandits learnt kidnapping from Niger Delta militants, advised the government to extend amnesty to bandits as it was done to militants.

He said anyone who goes ahead with criminal activities after amnesty has been granted will be dealt with.

“The outcome of the meeting was very positive because you have a warring faction saying that they have complaints and grievances which are very simple. There is hope that we can resolve this,” Gumi said.

“I appeal to the government and recommend that government should do to them exactly what they did to the Niger delta militants and give them a blanket amnesty. Then if anybody will continue we will deal with him.”