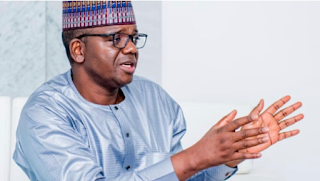 Matawalle insisted negotiation was not a sign of weakness but part of peace efforts because he realised not all bandits were criminals.

He made the remark after a meeting with President Muhammadu Buhari at the State House on Wednesday.

Matawalle told reporters that he inherited banditry from the previous administration in Zamfara.

“It had been there for almost eight years before I came. Following the dialogue I initiated with the bandits, Zamfara is now very calm”, NAN quoted him as saying.

“I have advised the Governor of Niger to meet with all stakeholders and find out the root cause of the crisis so as to initiate dialogue and ensure reconciliation. That is the only way to achieve what I have been able to achieve in my State.

“Most of the criminals that caused trouble in Zamfara were not from my State. Two months ago, we had some repentant bandits who surrendered their weapons. One was from Yobe, two from Kaduna, two from Niger; so, you see, it is a gang.”

He disclosed that the governor was following steps for peace, adding that there shall be an end to the clashes soon.

The federal government said there are political and military options on the table.