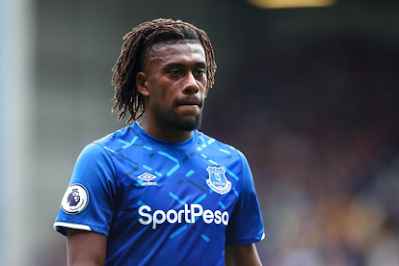 Everton manager, Carlo Ancelotti, on Wednesday night left Alex Iwobi out of his squad for their Carabao Cup clash with Salford City.

There was no place for the Super Eagles midfielder either in the starting XI or on the bench among the substitutes against the League Two side.

It is the second game in a row Iwobi will be left out of the team.

The 24-year-old was absent as Everton beat Tottenham 1-0 in their Premier League opener last Sunday.

Iwobi’s absence against Salford comes as a surprise, considering the lack of options in midfield for a midweek cup game.

Everton paid £34 million to sign him from Arsenal last summer, but Iwobi has struggled to justify his price tag.

Despite showing moments of quality, he was only able to muster two goals and one assist in the 2019-20 season.

Iwobi has gone further down the pecking order, with Allan, Abdoulaye Doucoure and James Rodriguez all arriving this summer.