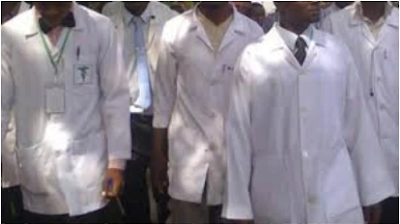 A seven-day warning strike embarked upon by the Joint Health Sector Unions and Assembly of Health Professionals, JOHESU, has been suspended.

The union said it would soon convene an expanded National Executive Council meeting to take a position against the indifference exhibited against them.

This is contained in a statement issued by its National chairman, Comrade Biobekentoye Toy Josiah.

He said that “it is to bring to the notice of members that the seven-day nationwide warning strike embarked upon by the Joint Health Sector Unions comes to an end on Sunday, 20th September, 2020.”

The statement added that all health workers under the five Unions that make up JOHESU and Assembly of Health Care Professionals Association shall return to work on Monday, 21st September, 2020 across all federal health institutions in the country.

It noted that since the federal government, through the federal ministry of Health, has continued to exhibit a high level of bias/discrimination by refusing to address the demands of its members as presented by JOHESU within the seven days of the warning strike as was done to other bodies6 in the health sector, “the next line of action would be decided in due course by the expanded National Executive Council of JOHESU.”

The statement assured that JOHESU would continue to use all legitimate means to defend the rights and demands for the welfare of its members in the health sector.

“Nigerians should bear us witness that JOHESU has shown high patriotism by demanding that the public health sector in Nigeria is sustained and adequately financed for effective, efficient, and affordable healthcare service delivery,” the statement observed.