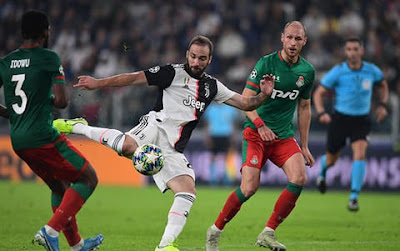 “This operation generates a negative economic effect of approximately €18.3m on the 2019/20 financial year due to the residual value write-down of the registration rights of the player,” Juve said in a statement.

Juventus paid the €90m release clause to sign Higuain from Napoli in 2016, and he had unsuccessful loans at AC Milan and Chelsea before returning to Turin last season.

But the 32-year-old was immediately told by new Juve coach Andrea Pirlo he was no longer part of the nine-time Serie A champions’ plans.

“He was a great champion, a great player but the cycle is over,” said Pirlo on his arrival in Turin.

“We looked each other in the eyes, we talked and we made this decision.

“I admire him a lot, but we have decided that the paths will separate.”