Kano Cleric: Ganduje Barred Me From Preaching Because I Worked Against His Reelection » Bazefor9ja.ComBazefor9ja.Com

Home » News » Kano Cleric: Ganduje Barred Me From Preaching Because I Worked Against His Reelection 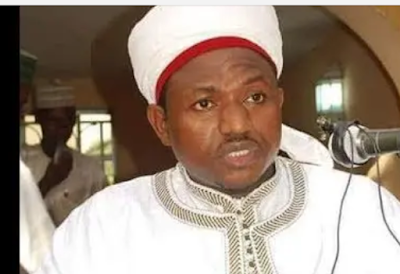 Sheikh Abduljabbar Nasiru Kabara, the Kano-based Islamic cleric barred from preaching, has accused the State Governor, Abdullahi Ganduje, of issuing the order because he worked against him during the 2019 general election.

The election, which was keenly contested, led to a runoff before Ganduje, who ran under the platform of the All Progressives Congress (APC), defeated Abba Kabir Yusuf, his Peoples Democratic Party (PDP) rival.

Speaking with Daily Trust hours after the government clamped down on him, the cleric said the action is more of political than religious.

“The reasons are very obvious. The person who took the decision (Ganduje) has said it times without number that he never forgives. I fought him during the last election and he promised to retaliate. Only that he is taking the wrong decision at the wrong time. So this ban is purely political, it has nothing to do with religion or incitement.

“I have told my followers to prepare their votes ahead of the next election and do the needful. Alhamdulillah for everything, I am fighting scholars, not Government, but at the end, Government took over on their behalf.

“This clearly shows that they don’t have answers to all my questions. How does the government know that I’m inciting the public on religious issues? Did they go through the books I have been making reference to before jumping to the conclusion? Are they even knowledgeable about them?

“They should at least checked the books I made reference to but without doing so, they have been unfair to me.

“This decision is sheer injustice. And, whosoever wants to understand the situation should look for what the Kano State Commissioner for Education said last night (Wednesday) wherein he explained that the government has deliberately succumbed to the pressure of these scholars who used their political ideologies to alter religious issues to their taste,” he said.

On whether he will abide by the government’s order on the ban, the Islamic cleric said he has always been law abiding.

“I am appealing to my followers to exercise patience with this decision and never revolt against it. Injustice will never remain forever. Let us continue to pray and it shall come to pass soon Insha Allah,” he added.

Kano state government has not responded to the latest accusation but in an earlier statement, the government said the ban became necessary because of “his mode of teachings considered too incendiary.”