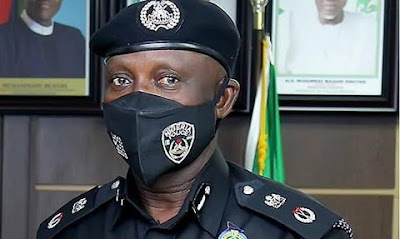 The residents of Oba Disu Faronbi Street and its environs in the Shasha area of Lagos State have lamented attacks by hoodlums in the community.

The residents, who noted that a community ground in the area had become a den for the hoodlums, said people always stayed indoors from 7pm when the hoodlums unleashed terror on motorists, traders and residents who stayed out late.

A resident, Tokunbo Coker, who claimed to have been attacked by the gang on January 20, 2021, said his vehicle developed a fault when the hoodlums surrounded him.

He said, “They should be between the ages of 23 and 25. One of them pretended to be willing to assist me to get a mechanic. The boy asked me to give him my phone so he could call the mechanic. He collected it and started walking away very fast. I called out to him, but he kept on moving until he got to a block industry in the area. I followed him there.

“But to my surprise, I met more than 20 young boys there and they descended on me with bottles, blows and sticks. I fell and gave one of them a blow to escape. I ran away, but they stole my iPhone 6, Tecno phone and the sum of N20,0000.

“I reported the matter at the Afonja Police Station. We found out the boy’s name, trailed him to his house and got him arrested. He had formatted my phones and dismantled the casings.

“Those boys are always there in the field smoking hemp, waylaying passersby and selling hard drugs. Women cannot walk freely; we need the police to take necessary steps to get rid of armed robbers in the community.”

Another resident, who spoke on condition of anonymity, told our correspondent that because of the situation, his wife would not come home whenever it was late.

He said a day after Coker was attacked, another resident was killed.

“The rate at which these hoodlums operate, it is as if there is no police in the state. They rape, extort money from residents and there’s nothing the police can do about it,” he added.

A trader in the area, who identified himself simply as Dupe, appealed to the state government to intervene.

Our correspondent learnt that the community had written a petition to the Assistant Inspector-General of Police in charge of Zone 2, Onikan, Ahmed Illiyasu, and the Lagos State Commissioner of Police, Hakeem Odumosu, over the matter. “Economic, social and other activities have been grounded due to the rising crime rate involving youths who are mostly cultists, ritualists, rapists and robbers. Cult clashes, along with wanton destruction of property, looting and maiming are daily activities of these hoodlums, miscreants, robbers and vicious killers,” the petition said.

The state Police Public Relations Officer, Olumuyiwa Adejobi, said the command had put measures in place to get rid of hoodlums in Lagos.

He said, “With or without complaints, the command has done the needful to provide adequate security for all and sundry.  The Commissioner of Police has put officers and men of the command on their toes and we will still improve on our strategies to curtail crimes and criminality in the state.”