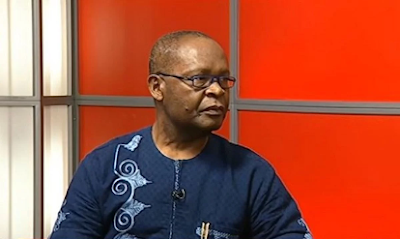 Igbokwe said organisers and protesters of End SARS failed due to lack of effective leadership.

The APC chieftain stated this while faulting the proposed protest at Lekki toll gate today.

1 ENDSARS PROTESTERS started very well , the organizers were well articulated and they had a mission.

2. But they failed to have a central, committed and effective leadership led by a strong person who understands what is at stake and when to apply the brakes.

3. President Buhari and Governor Sanwo Olu of Lagos responded quickly and took practical steps and that were honest and physical, one by one. The protesters looked the other way.

4. The babies , yes the babies started adding more demands: #ENDNIGERIA, #ENDBUHARI, #ENDAPC, #END POLICE, #ENDASIWAJU, #ENDCORRUPTION, etc. Instantly and at once we needed nobody to tell us that it is a PDP affair.

8. Lagos State announced Curfew but the babies and empty heads did not listen.

10. Prominent Nigerians appealed to them to show understanding and stop the protest but they were adamant.

11. And the real massive destruction of Lagos started. Nothing was spared and they left historical monuments in ruins. Lagos needs more than one trillion naira to fix the rot the bandits and hoodlums left behind.

12. The unthinking #ENDSARS PROTESTERS have not even deemed it to even apologize and show remorse for the killings , looting arson and massive destruction of assets across Nigeria.

13. They cared less and showed no remorse

14.They gave us the impression that it was going to be a peaceful, civilized and well organized protest but it turned out to be an unmitigated disaster

15 . Today the unthinking babies and their baby leaders say they are staging another protest at Lekki Toll Gate tomorrow.