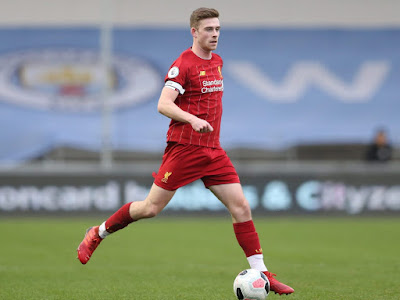 Liverpool have confirmed that their defender, Tony Gallacher, has left the club to join Toronto FC on a loan deal ahead of their Premier League clash with Chelsea on Sunday.

Gallacher, 21, made his senior debut for Liverpool last season as he played the full 90 minutes of their Carabao Cup quarter-final against Aston Villa.

He joined Liverpool from Falkirk in January 2018.

Liverpool made this known in a statement via its official website last night.

The statement reads in part: “Liverpool left-back Tony Gallacher has sealed a loan switch to Major League Soccer side, Toronto FC until the end of December, subject to international clearance.

“The 21-year-old Scot is set for his first temporary spell away from the Reds since he joined the club from Falkirk in January 2018.”

“He will now gain further first-team experience at Toronto, with the restarted 2020 MLS season currently ongoing.”