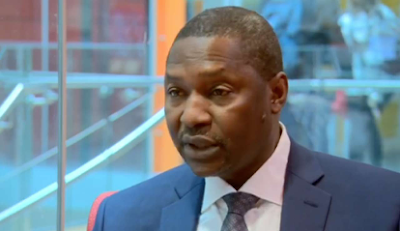 Attorney-General of the Federation and Minister of Justice, Abubakar Malami, on Tuesday, revalidated his membership of the All Progressive Congress (APC).

This was contained in a statement signed by Dr. Umar Jibrilu Gwandu, Special Assistant on Media and Public Relations, Office of the Attorney-General of the Federation and Minister of Justice and made available to newsmen.

Speaking to newsmen on the exercise, Malami urged party members and those who want to join or rejoin the party to come out in mass to get themselves registered in the ongoing membership revalidation exercise across the country.

He said the exercise required collective efforts of all party faithful to support one another to re-strengthen the unity among party members, enhance internal democracy and bring more meaningful development in the country.

Malami said the APC is proud of Kebbi State as the only state in Northwestern Nigeria that in 2019 surmounted voter apathy challenges and increased the number of votes cast from 2015.

According to the statement, the APC-led Federal Government has contributed immensely and has remarkably done well in executing development projects and programmes across the country and especially in Kebbi State.

Malami noted that Kebbi is not only an APC state but the State Governor was appointed as the Chairman of Progressive Governors’ Forum.

He said given the development projects executed in the state by governments at all levels, people of the state are committed to supporting the APC and the Federal Government in achieving its objectives of bringing more development in the country.

He said the party leadership in the state will provide the necessary support to ensure that members of the party get registered before the end of the exercise.