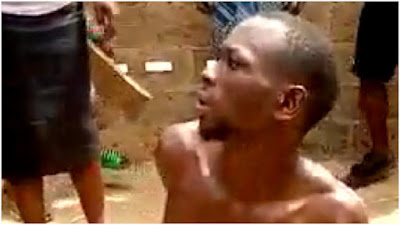 A middle-aged man has been beaten to coma in Akure, the Ondo State capital after allegedly raping and plucking the eyes of his victim.

The suspect whose identity is yet to be ascertained was beaten by a mob who descended on him after he allegedly committed the crime.

With the suspect yet to wake up from the coma, an eyewitness said he committed the crime at Oluwatuyi area of Akure in Ondo State.

One of the residents of the area who craved anonymity said it was the arrival of policemen that prevented the suspected rapist from being lynched.

The resident maintained that the suspect who was confirmed to be Hausa could not say his name or where he resides within the state.

Meanwhile, both the victim and the rapist were taken to the Police Clinic in Akure where they are still in a state of unconsciousness.

Confirming the incident, the Police Public Relations Officer, PPRO, in the state, ASP Tee-Leo Ikoro, said the victim’s family was yet to be located.