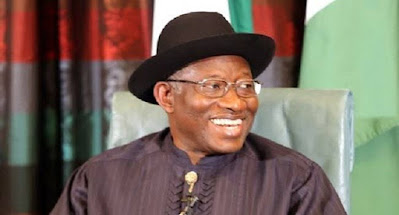 Former president of Nigeria, Goodluck Jonathan has said “many brothers” are returning to the Peoples Democratic Party (PDP) from the All Progressives Congress (APC).

Jonathan stated this on Sunday, while speaking at the Ecumenical Centre in Igbogene, Yenagoa, Bayelsa State, during the first anniversary thanksgiving of Governor Douye Diri’s administration.

“I again urge Bayelsans not to see those in the opposition as enemies. Today ,they are there but tomorrow they might be here.

“As I speak, many of our brothers in the All Progressives Congress (APC) are returning to the Peoples Democratic Party (PDP),” he said.

Jonathan, however, urged politicians to see politics as a means of developing the people and not as warfare.