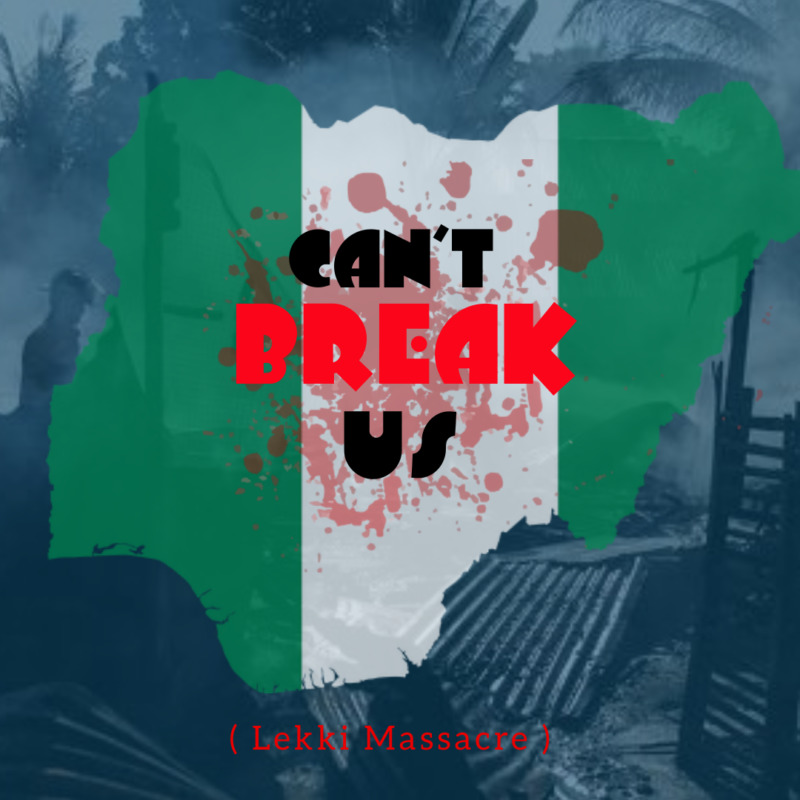 Great Adamz Lends His Voice To The Lekki Massacre with ‘CAN’T BREAK US’.

With the ongoing saga surrounding the dark day of the 20th of October, 2020, budding UK-based recording artiste, Great Adamz, lends a voice as he speaks about the occurrences of the day and the general public viewing of the crumbling state of the nation; with a visual to go along, he carefully follows the events in Nigeria with the #EndPoliceBrutality and #EndSARS protest, where many young lives have been lost and till the date of the release of this music video, the Nigerian government is yet to charge anyone for the killings of these youths – “Can’t Break Us” stands to remind us that we cannot be broken and we won’t stop fighting, neither would we keep quiet and ultimately, we won’t give up!

It is no news that on the night of 20 October 2020, at about 6:50PM, members of the Nigerian Armed Forces opened fire on peaceful End SARS protesters at the Lekki toll gate in Lagos State, Nigeria; while officials never disclosed the number of casualties, Nigerian disc jockey, DJ Switch, a witness who was present at the shooting, said that armed soldiers and police officers shot at her and other peaceful #EndSARS protesters at the Lekki toll gate on the night – a day after the incident (21 October 2020), the governor of Lagos State, Babajide Sanwo-Olu, initially denied any loss of life by gunfire, but later admitted on an interview with CNN that two persons were killed. Amnesty International has stated that at least twelve protesters were killed in what the organisation described as “extrajudicial executions” – listen up, share your thoughts and keep the voice strong. | ENJOY!!!

Watch the visuals below