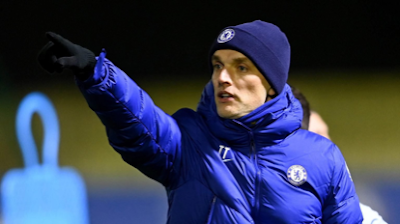 Chelsea manager, Thomas Tuchel, has said Callum Hudson-Odoi did “very, very well” in his defensive duties in their 2-0 win over Burnley on Sunday, but still thinks there is one aspect of his attacking that he needs to “work on”.

Tuchel has deployed Hudson-Odoi in a wing-back role in his first two matches in charge.

And the 20-year-old was a thorn in the side of the Burnley defence.

He provided the assist for Cesar Azpilicueta’s goal which made it 1-0 and hit the post himself in an impressive display.

Tuchel however wants him to work on his timing when he joins attacks.

He told BT Sport: “I thought that (the role) maybe suits for him because he can play from the line and he can use his speed and acceleration.

“We have to work a bit on his timing but he is also a threat with his speed and his capacity.

“Today is also a lot to defend because of the long balls. Azpi needed his help on his side and he did, again, very, very well.”