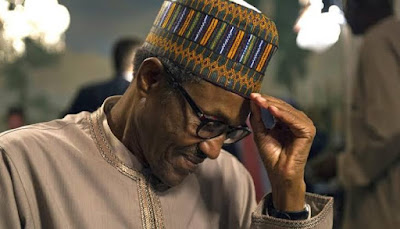 The CSO, Centre for Advancement of Civil Liberties and Development, made the call while condemning the attack on Nigerians by SARS operatives.

It also urged the Federal government to release all those arrested by SARS operatives across the country.

The call was made in a statement jointly signed by co-conveners of the group namely: Adebayo Raphael, Ariyo-Dare Atoye, and Deji Adeyanju.

According to the group, disbanding SARS was the only way to stop these police operatives from “terrorising” Nigerians.

The statement reads: “We condemn in its totality, the resurgence of unprovoked and unjustified violence of operatives of the Special Anti-Robbery Squad (SARS) on Nigerian citizens, especially the youths in different parts of the country.

“We have watched with disdain, the several clips of SARS brutality populating different social media platforms, and how the operatives of this Police Unit — legitimately constituted to combat crime and ensure the safety of the people — have now become agents of terror and unwarranted brutality and abuse to Nigerian youths.

“It is on this basis that we declare, therefore, that the Federal Government of the Federal Republic of Nigeria must act immediately and decisively to shut down this unit of the Nigeria Police Force and ensure that it henceforth ceases to exist in our country.

“In addition, the Federal Government must order the immediate and unconditional release of all innocent citizens who have been unjustly incarcerated by this unit and compensate them accordingly.

“Further, the Federal Government must immediately order an independent inquiry into the rogue activities of SARS operatives in the last one year and punish any and every operative found guilty of extortion, abuse of Nigerian citizens and execution or killing of any innocent citizen within the said timeframe.

“Our hope is that the Federal Government will side with the Nigerian people, and not this rogue unit terrorizing Nigerians with unbridled impunity. The Nigerian Police Force can only become an institution that protects the Nigerian people when it is free of anti-people and anti-democratic elements like the operatives in the SARS unit.”