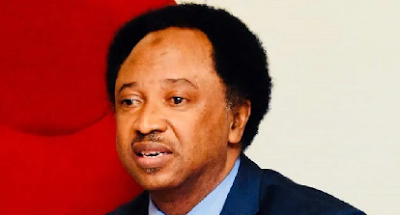 Former Senator representing Kaduna Central Senatorial district in the Red Chamber, Comrade Shehu Sani, has reacted to alleged threats by some individuals to expel the Yorubas from the northern part of Nigeria.

According to Shehu Sani, “The threat to ‘expel the Yorubas’ from the Northern part of Nigeria as made by some individuals and groups is condemnable. People in the North are the worst victims of the killer herdsmen and bandits. I have made this point a few days ago, that the criminal activities of the Herdsmen must not be a justification to profile, stigmatized and ‘evict’ the ethnic Fulanis peacefully and rightfully living in the South West.”

Recall that a group, the Coalition of Northern Groups (CNG) on Tuesday in Kaduna, said it will not accept the vilification of Fulani herders for what it described as “systematic annihilation,” adding that no ethnic group should be singled out for the crime of a few.

Comrade Shehu Sani, who was not comfortable with the statement, further wrote on his Facebook, Saturday that, “The violence unleashed against the Seriki Fulani and his family in Ondo is condemnable. It’s utterly wrong for any group of individuals to take law into their hands.

“The action taken by the governments of the Southwest to rid their communities of kidnappers and killers must not be a justification to threaten the Yoruba people in the North living peacefully and rightfully as Nigerians.

“The need for unity to confront and defeat a common danger is now.”