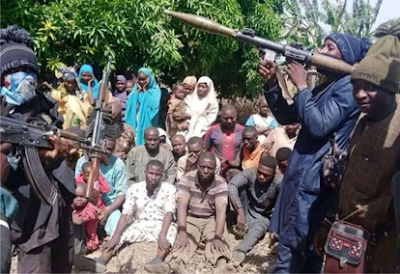 Niger State government has released names of the students and teachers of Government Science College, Kagara abducted by gunmen.

It was reported that no fewer than 27 students of Government Science College Kagara, 3 teachers, two non teaching staff and 9 family members of the staff staying in the quarters were kidnapped on Wednesday morning.

The identity of abducted teachers are: Hannatu Philip, Lawal Abdullahi and Dodo Fodio while the non teaching staff are Faiza Mohammed and Mohammed Musa.

The student who was shot to death by the bandits in the school premises was identified as Benjamin Habila.