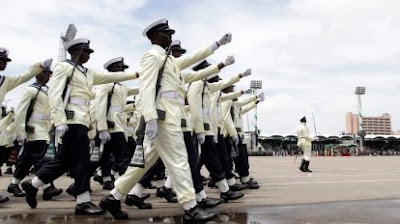 The Nigerian Navy on Tuesday deployed troops on board six warships and 60 gunboats for a special military exercise.

The drill targets pirates, oil smugglers and other criminalities in the nation’s waters.

He spoke at the flag-off of the exercise in Onne, Rivers State, NAN reports.

The States to be covered are Akwa Ibom, Cross River, Ebonyi and Rivers.

Adeniran added that the purpose was to train personnel and check the state of preparedness of fleets.