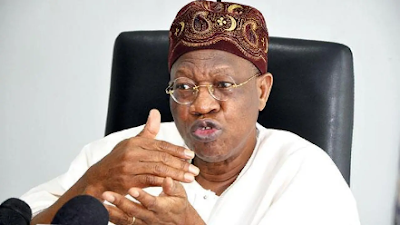 The federal government has insisted there is no going back on the passage of the National Water Resources Bill.

The Minister of Information and Culture, Lai Mohammed, stated this during a press conference on Tuesday.

Mohammed addressed the media along with the Minister of Water Resources, Suleiman Adamu.

The controversial bill was rejected in the 8th Assembly, but has been reintroduced in the 9th National Assembly.

This had led to criticisms from stakeholders, who question the motives behind it.

But Mohammed has said those criticising the Bill, were either ill-informed or have not read it or do not understand its provisions.

According to him, the new Bill is “an amalgamation of Water Resources Laws that have been in existence for a long time.”

He added that the “the overall objective of this amalgamation is the efficient management of the Water Resources Sector for the economic development of Nigeria and the well-being of its citizens.

“Critics contend that the Bill is aimed at taking the resources of a part of the country for the use of herders. In other words, the federal government is seeking to implement RUGA by subterfuge. We also want to state that the Bill is for the good of the nation and has no hidden agenda whatsoever.”