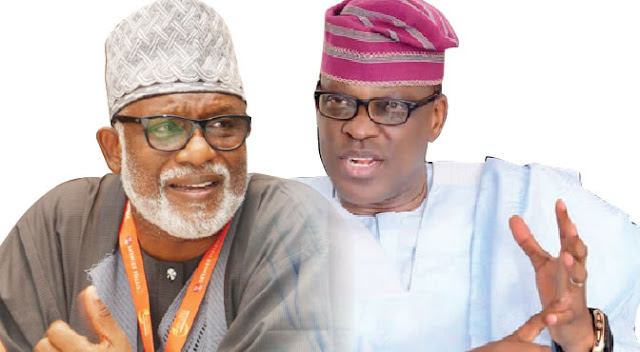 As a result of the clash between supporters of the All Progressives Congress and those of the Peoples Democratic Party on Wednesday, Governor Rotimi Akeredolu has urged his opponent in the October 10 governorship election to caution his supporters.

In a statement by the Akeredolu/Ayedatiwa Campaign Organisation, on Thursday, the governor was quoted as describing the violence as unfortunate.

The statement signed by the organisation’s spokesperson, Mr Olabode Olatunde, said Akeredolu promised to caution his supporters to order just as he urged Jegede to do the same with his supporters.

The statement by the organisation’s spokesperson, Mr Olabode Olatunde, said “Akeredolu promised to caution his supporters to order just as he urged Jegede to do the same with his supporters.”

It read in part, “Akeredolu urged the police to properly align the campaign itinerary of political parties to avoid conflict.”

No fewer than five people were injured while many vehicles were vandalised during the clash which occurred in Oba Akoko, Akoko South-West Local Government Area of Ondo State.

In a related development, a civil society group, Civil Society Watch, called on the police to carry out a thorough investigation.

The appeal was contained in a statement signed by its National Coordinator, Mr. Dare Akindolie, in Akure, on Thursday.

Salami urged the parties to adhere to the timetable drawn out for their campaigns to avoid a repeat of the ugly incident.