Oritsefemi vows to die untimely if he committed adultery yesterday, admits to sleeping with his ex-manager » Bazefor9ja.ComBazefor9ja.Com

Home » News » Oritsefemi vows to die untimely if he committed adultery yesterday, admits to sleeping with his ex-manager 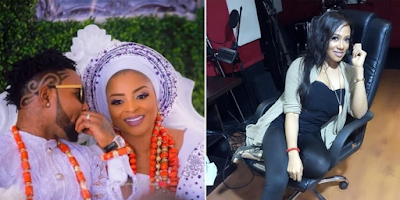 Nigerian singer Oritsefemi has vowed to die untimely if he cheated on his wife, Nabila Fash.The singer has been accused of defiling his matrimonial home.

In a post shared via his Instagram Stories on Tuesday, February 9, 2021, the music star vowed to die untimely if he had s.e..x in his house.

“If I had se.x yesterday with anybody, let me die untimely,” he wrote. 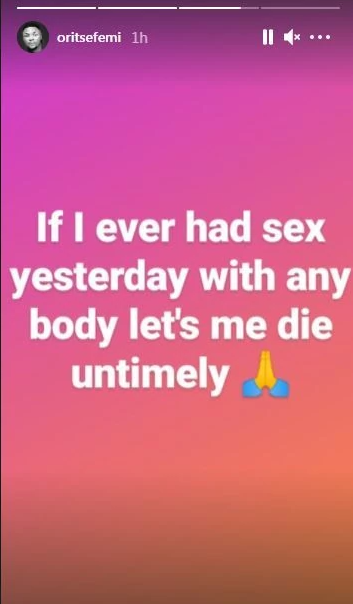 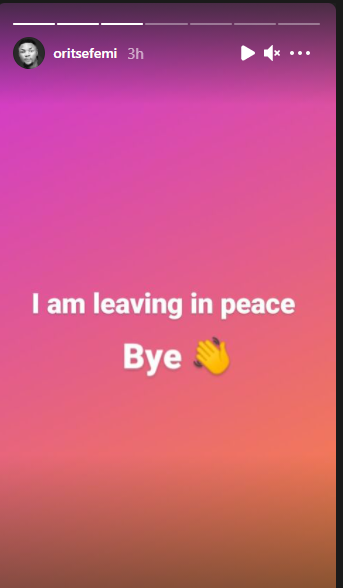 Some who shared their opinions had claimed Oritsefemi isn’t as rich and his wife’s money is what the family relies on.

Responding, Oritsefemi denied this. He said his wife’s salary can’t feed him, neither is it up to what he charges for “ordinary collaborations alone”, and that’s why he encouraged her to start her own business venture.

He added that he helped his wife to establish her business yet she had the audacity to ask him to “sign an agreement” and then told her worker to tell him to “wait at the reception.” He added that he has not less than 9 landed properties with documents. 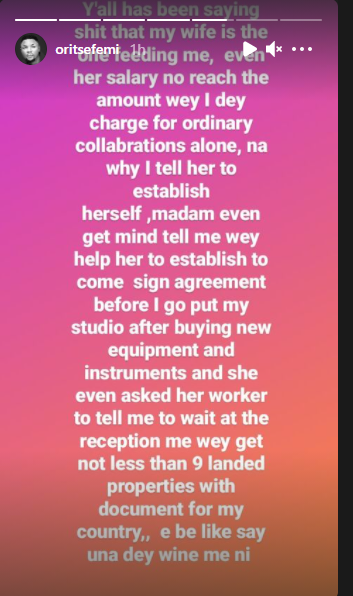 He also admitted to have slept with his ex-manager, Kara who earlier on took sides with his wife 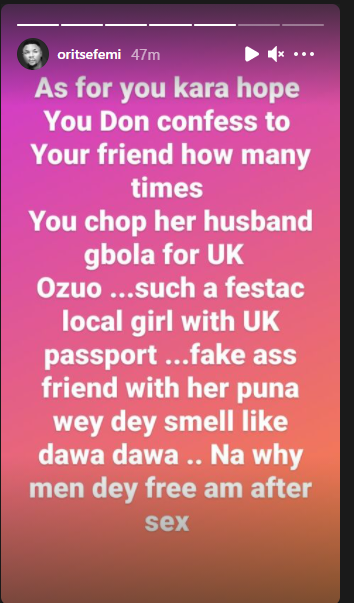 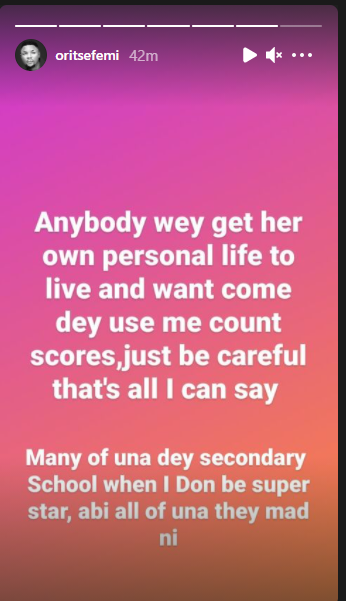 On Monday, February 8, Nabila hinted at another possible crisis in her already rocky marriage to Oritsefemi.

According to her, a woman went to her home to have s.e.x while she was away at work.

In 2020, Oritsefemi and his wife were embroiled in a marriage crisis drama.

It was reported that Fash moved out of their matrimonial home over Oritsefemi’s infidelity.

The singer called out his wife’s friend and actress, Carolina Danjuma for being the brain behind the crisis in his marriage.

After several name-callings on social media, the music star reconciled with his wife.