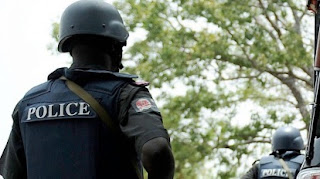 There was jubilation at the command headquarters in Port Harcourt on Saturday as men of the Rivers State Police Command arrested a most-wanted armed robber and kidnapper popularly known as Bobisky.

Bobisky, whose real name is Honest Digbara, was arrested early Saturday at Korokoro in the Tai Local Government Area in a sting operation led by the Divisional Police Officer of Bori, Superintendent Bako Angbashim.

He was paraded at the headquarters of the command on Mosco Road, Port Harcourt.

Bobisky, a terror to many residents in the Ogoni area of the state, has been linked to most of the criminal activities recorded in the area.

Governor Nyesom Wike had earlier placed a N30 million bounty on Bobisky’s head, saying he will reward any member of the public who can provide useful information that will lead to the arrest of the criminal.