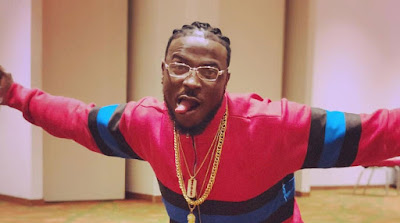 Popular Nigerian singer, Peruzzi, has opened up on his recent health challenge.

Peruzzi took to his Twitter page to reveal the medical condition of his spine.

In the post which he shared, Peruzzi said an MRI scan of his spine showed something was wrong.

He added that he has been warned by his doctors against stress, working out, or doing any performance of any sort.

His tweet read: “So MRI shows my spine is fu*ked. Doctor says not to stress, work out or perform for now.

“Kinda scary but yea, we move. Say a prayer for me because I got this.”

Peruzzi is expected to release his latest album anytime from now. 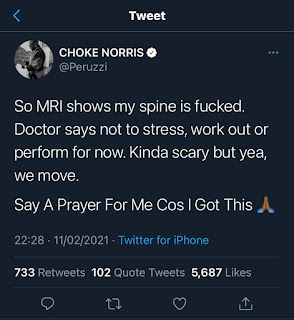