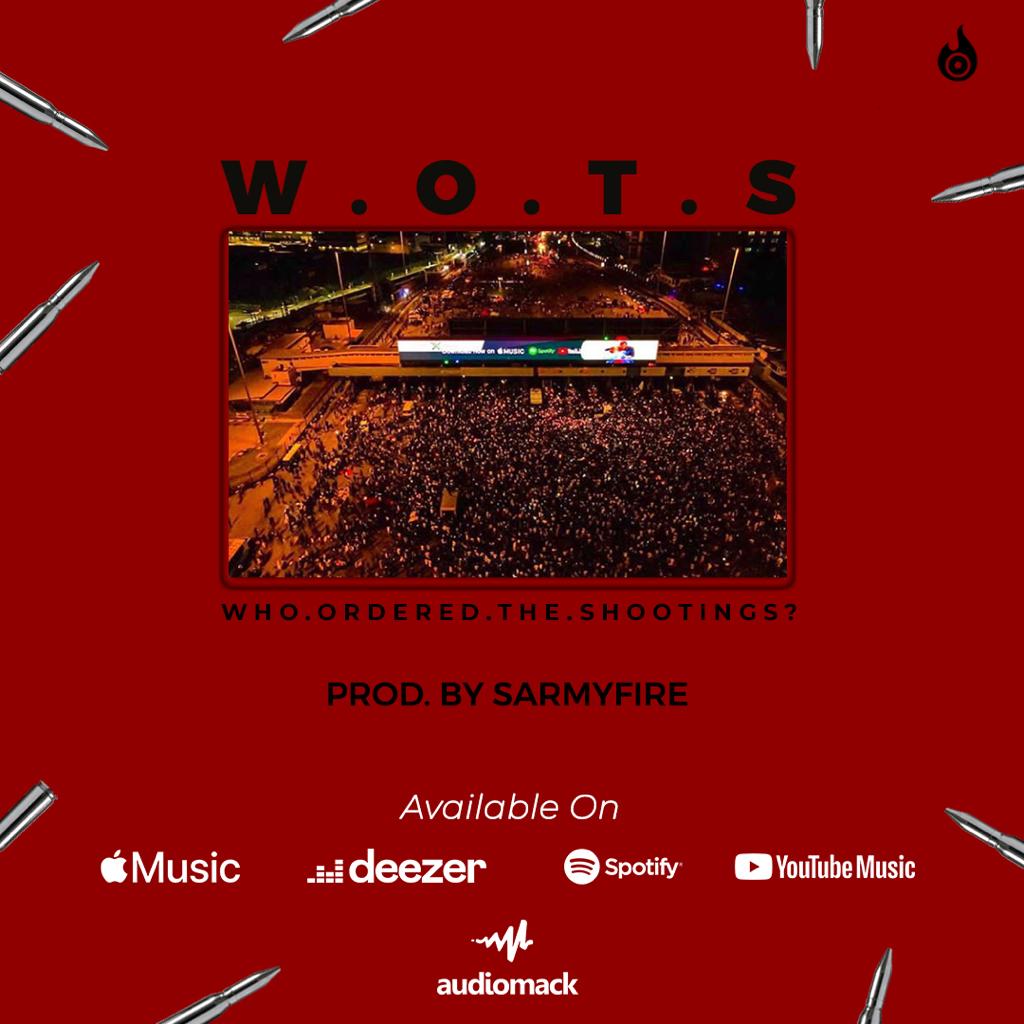 Adedimeji Adelekun aka SarmyFire is a Record Producer & Songwriter from Lagos Nigeria. His immense range as a musician is evident in the variety of artists he’s worked with.

Having worked with the likes of Falz, DJ Neptune, YCEE, Dremo, Dice Ailles, Skales, Seyi Shay, Kizz Daniel, DJ Xclusive etc, he has earned the tag ‘Captain Hook’ because of his knack for creating catchy hooks and vibes with his unique voice and flow on the beat.

Tuesday, 20th of October 2020 is an unforgettable date in Nigeria’s history.

On that day, the Nigerian army opened fire on #EndSARS protesters at the lekki toll gate, Lagos Nigeria. Since then, the Nigerian government has denied the allegations and so far, nobody has been held accountable for the shootings and consequent killings.

On this track, WOTS (#WhoOrderedTheShootings) Sarmyfire does what he does best: bringing groovy vibes, while asking what now seems a rhetorical question “Who ordered the shooting?”. He kills two birds with one stone – contributing his voice to the condemnation of the massacre and giving us an actual bop in the process, the kind that comes up in the shuffle on the drive and just makes you want to cruise.

The audio-visuals to the track also do a fantastic job of graphically illustrating what transpired on October 20,2020, whilst giving you the ginger to gb??s??!

These are the things that make Sarmyfire’s music stand out.

Here’s a track to hoping that justice is gotten for the lost ones, and something to shake your body to while you stay reminded of the struggle.