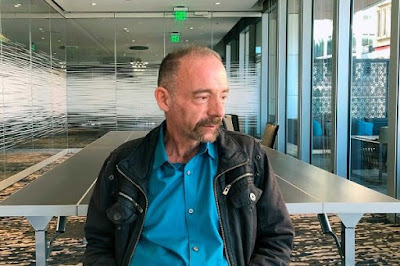 Timothy Brown, an American considered to be the first person cured of HIV/AIDS, has suffered a cancer relapse 12 years after he had been declared free of the disease.

Brown — first dubbed ‘Berlin Patient’ at the 2008 Conference on Retroviruses and Opportunistic Infections — had a bone marrow transplant from a donor with natural resistance to the AIDS virus.

For years, that was thought to have cured his leukemia and HIV as he showed no signs of HIV.

But in an interview with Associated Press, Brown said his cancer returned last year and has spread widely. He added that he’s receiving hospice care in Palm Springs, California, where he now lives.

“I’m still glad that I had it (transplant). It opened up doors that weren’t there before and inspired scientists to work harder to find a cure, which many had begun to think wasn’t possible,” he said.

Steven Deeks, an AIDS specialist at the University of California, San Francisco, who has worked with Brown to further research toward a cure, added: “Timothy proved that HIV can be cured.

Brown had found he was HIV positive as a translator in Berlin in the 1990s. He was subsequently diagnosed with leukemia in 2006 and was to be treated for leukemia with a marrow transplant.

His relapse comes after the London Patient, the second person cured of HIV, had revealed his identity for the first time — about a year after he was cleared of the virus that causes AIDS.